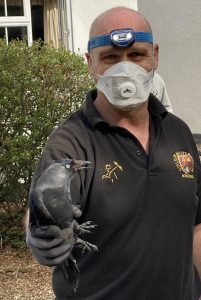 Yes, it is that time of the year again when the Jackdaws are looking to build nests in chimneys and raise a family. I have had lots of calls since the beginning of March where Jackdaws have been posting twigs down chimneys. However, this week I had a call from one of my regular customers saying that she could hear a bird in the redundant chimney next to the Wood-Burning stove chimney I usually sweep. There had been a wire mesh across the open stack, but upon my arrival I could clearly see through my binoculars that the birds had pulled back the wire over the chimney. On entering the room with the chimney, I could clearly hear a bird flapping around on the register plate. After having closed all the doors and opened all the windows wide, I carefully removed the inspection hatch from the register plate. I had anticipated catching the bird in a large dust sheet, however the bird, a large male Jackdaw evaded my attempt to catch it and flew directly from the chimney out of the window. But to my amazement there was another bird still in the chimney, a smaller female with striking blue eyes. This bird had climbed up on to the brickwork in the inglenook void, and despite our best efforts to coax it out it stubbornly refused to comply. I then resorted to the step ladder from the van and went into the chimney void and simply picked the bird up off the brickwork. Surprisingly, the bird allowed me to do this and did not attempt to peck me at all. I then took it outside and let it fly away. Job done! I even managed to sweep the chimney whilst I was there! 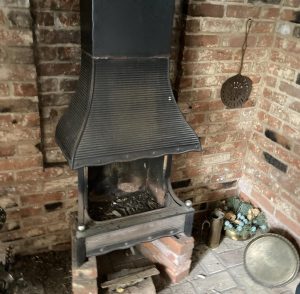 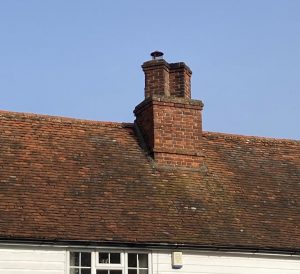 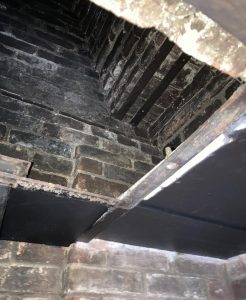