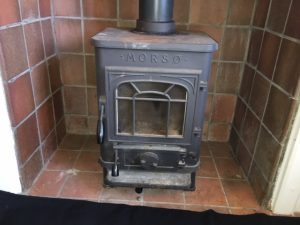 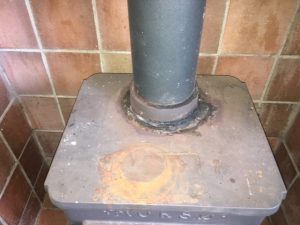 I recently swept this Morso Squirrel Multi-Fuel Stove at an address in Wimbish and can be seen in the photo’s the stove itself, although sound enough could do with a little TLC. There were as can be seen, signs of slight corrosion on the top of the stove and all of the firebricks were cracked, although serviceable. It can also be observed in the photos that I removed a significant amount of cinder tar from the flue when I swept it. I believed that this build up was due to the stove being shutdown too much a fact I confirmed when speaking with the customer. I was then able to offer some suitable advice around optimum burning practices to assist in trying to prevent such a build-up in the future.

Morso have been making the Morso Squirrel Multi-Fuel Stove since the 1950’s, I should imagine it must be one of the longest running models of stove that is still in production today. Some of the Morso Squirrels were actually designed to be fitted into narrow boats on the canals as they worked so efficiently even with a very short run of flue. The Morso company’s history stretched back even further to 1853 when they began operating as a foundry making grave crosses, stable windows and pots and pans. It was only around the turn of the nineteenth century that Morso began making stoves for large premises such as schools, churches, railway stations, government ministries and the Danish royal household. In 1915 Morso received the coveted title of purveyor of stoves to the Royal Court. Morso are now a global brand and make a wide variety of stoves as well as diversifying in 2015 into kitchen equipment. 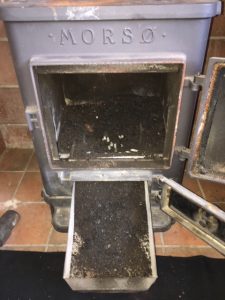 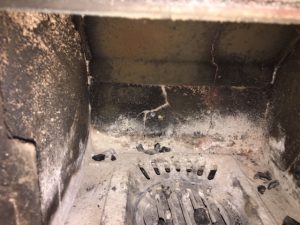