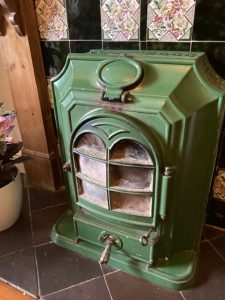 Here is a real rarity, an Esse Jeunesse Number 3 Multi-Fuel Stove that we discovered on our recent sweeping visit to Wales. This example was in a farmhouse in Carmarthen. The owner actually thought that it was a French stove. Clearly, with its green enamel finish it is very similar to the enameled French stoves of the early 19oo’s, but on closer inspection it is obviously a British made Esse. It is certainly an unusual stove, and the owner says that it is always a talking point when people see it for the first time, but I wouldn’t say its what I would call an attractive stove? Still, they say that beauty is in the eye of the beholder!

Esse are a long-established company who commenced production of range cookers in 1854 under the direction of a Scot James Smith. In the early 1800’s James decided to emigrate to America. So at the age of just 16 James set off to make his fortune in a romantic style, on foot. He had heard that a barque was soon to set sail from Greenock to New York. In New York he apprenticed himself to a metal worker, his friend Wellstood helping him by signing his indenture papers as his ‘guardian’. fter completing his apprenticeship, James worked with a manufacturer in the metal work business in New Orleans before setting up on his own in State Street, Jackson Mississippi. The business appeared to have prospered immediately because after just two years, James could afford to visit Scotland to marry the girl he chose nine years before, at the age of sixteen. Her name was Anne Wells Brown and they set off for a new life in Jackson. While the business prospered, Anne’s health did not. The hot climate was wearing her down, and after a dozen years of it, it became evident that something had to be done.James made the biggest decision of his life. He had successfully been making and selling stoves in America and it occurred to him that the type he specialised in was unknown in Britain. He would go home with his wife and five children and set up business there. So it was that in 1854 James returned to Scotland and made arrangements to set up a business making ESSE stoves. He returned to the States to hand over his old business to his younger brother, Robert A Smith, and his adventures began all over again. On September 17th ‘SS Arctic’, the steamer that he was aboard, was involved in a collision with the ‘Vesta’. James spent three days and two nights awaiting rescue aboard a makeshift raft before being rescued by the ‘Cambria’. James returned to Scotland and the business of manufacturing ESSE cookers and stoves flourished. 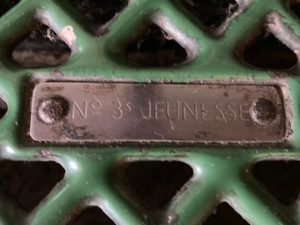 By the mid-1900s, ESSE stoves, fires and range cookers were warming all manner of households – from royalty to remote rural homesteads. Early ESSE stoves were primarily designed for the burning of different types of coal. Circa 1910 the ESSE Pioneer Stove was an innovative wood burning stove. The design allowed smoke re-burning to take pace above the firebox before the waste gases entered the flue. Many modern stoves claim to be the originator of this idea, but the ESSE Pioneer refutes these claims. The Pioneer was made in three sizes. Today, wood burning has had something of a renaissance and ESSE makes dedicated woodburning cookers and stoves, alongside multi-fuel appliances. Florence Nightingale was passionate about ESSE cookers and would use no other brand at her hospital in Balaclava. Famous British explorers, Shackleton and Scott, also relied on ESSE to provide hot food and warmth to their expedition team in some of the world’s coldest and most inhospitable places. This tradition is followed by top British climber Alan Hinkes, who uses a specially adapted ESSE Solo to heat his base camp in the Himalayas. In the 1985 an Esse range cooker achieved its screen debut, appearing with Special Agent 007 James Bond in a ‘View to a Kill.’ 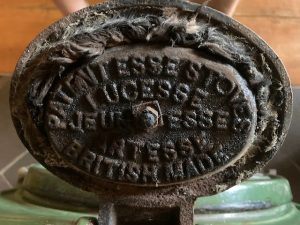