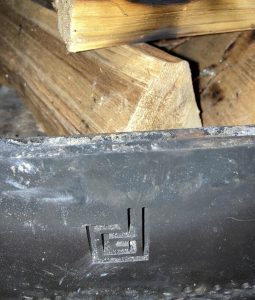 In line with my blogs about rare or unusual stoves, how about this Dik Guerts Odin Front Wood-Burning Stove recently swept in Bishops Stortford? I think that it certainly has the wow factor with its strikingly unusual and contemporary appearance? I can’t say that I have ever swept a chimney for such an unusual stove. Famously, the Norse God Odin only had one eye, and this stove looks rather like a large eye, hence I guess why the name Odin Front? Apparently, Odin He sacrificed his eye in Mimir’s well and he threw himself on his spear Gungnir in a kind of symbolic, ritual suicide. He then hanged himself in Yggdrasil, the tree of life, for nine days and nine nights in order to gain knowledge of other worlds and be able to understand the runes.

Dik Geurts stoves are a Dutch brand and have been manufactured in Holland since 1981. They are a household name in Holland for their distinctive products, although anyone wishing to purchase a stove hear has to go through a recommended UK stockiest. Dik Geurts are now a trade name of a larger company called DRU which has an even longer history in Holland, commencing operation as a new blast furnace on 17th May 1754 under proprietor Johan Baptist van den Bergh and some local entrepreneurs. They furnace was in a small town called Ulft where the company is still located today. In full the company is called Koninklijke Diepenbrock en Reigers of Ulft, which is a proper mouthful I think you will agree, so they call themselves DRU for short. 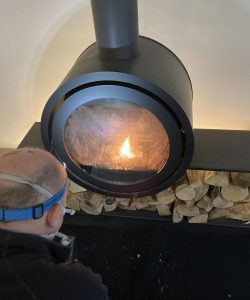 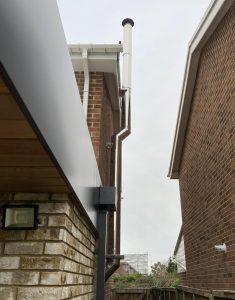 This unusual stove was installed by the Cut Maple Stove Company. They are located just the other side of Sturmer going towards Wixoe on the A1017 – Their show room is in what used to be the Little Chef, but you wouldn’t recognize it as such now! They have a fantastic array of wood-burning stoves on display and importantly for me they sell all sorts of accessories to help with minor repairs. These include; heat resistant stove paint, ceramic rope of various dimensions and cement and fireboard for cutting bricks. As well as selling and installing stoves, they can install liners and cowls. The show rooms are very attractive and well laid out and the staff are very helpful. There address and contact details are as follows: