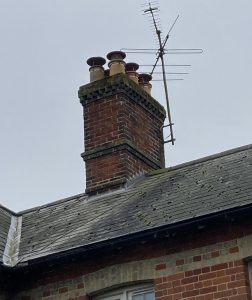 Just the other week, I encountered a really tricky job, that took quite some time to complete. Fortunately, we had set aside a long appointment to complete the work, as the customer had requested that we sweep an unlined Charnwood C-Five Multi-Fuel Stove, two open fire bedroom chimneys and a redundant chimney that had an old bee’s nest in it. The redundant chimney being accessed by a small ventilation panel low down in the wall. The customer had had a mesh fitted across the chimney and an anti-bird cowl fitted and believed the bees long gone. This small vent opening made accessing and sweeping the chimney very difficult, let alone removing the horrible sticky, sooty nest deposits that were swept down. I used 18mm power sweeping rods with a large scrubber head and driven by a Boch 36 Volts cordless drill to remove the deposits.

The nest was rather extensive and was around 2 meters in length at the top of the stack. It consisted of old nest at the bottom and new nest at the top. I’m thinking that it had been there for a number of years with the bees adding successive new layers of nest year on year. The bottom metre of nest was dry old nest material and filled a large trug. The top metre of nest was more recent and consisted of honey combe and lots of sticky, runny honey mixed with chimney deposits, 2nd trug (See photos). The very top of the nest was still active and full of live bees! I only discovered this at the conclusion of the sweeping process. This said, I was able to sweep out all the nest and removed most of the material via the vent opening. I was able to do this as I had been removing the material a bit at a time whilst sweeping.

Unfortunately, towards the end of the process I had to stop removing the swept material from the chimney as numerous live bees were starting to come down the chimney and out into the room. At this point I quickly put the vent cover back on to prevent large numbers of bees coming into the room. Fortunately, I had time to remove the majority of the rather sticky, material from the base of the chimney via the vent. This material had a very unpleasant consistency, as it comprised old nest and honey combe, dead bees, honey and sooty chimney deposits. All this material was enough to fill several large gardening trugs. After a tidy up, everything was left nice and clean and tidy, so a job well done in the end. All that was left to do then was to later clean all the sticky rods and equipment! Not a short job in itself! 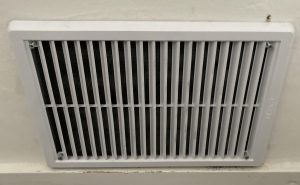 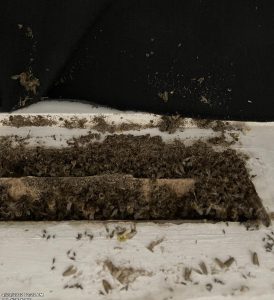 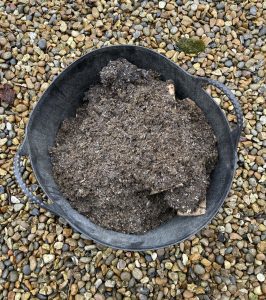 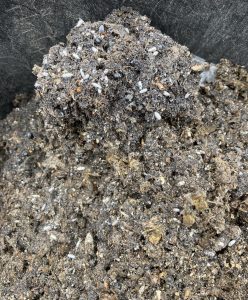 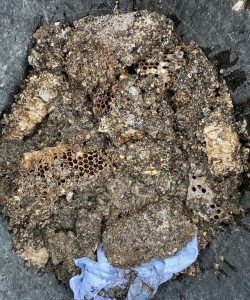 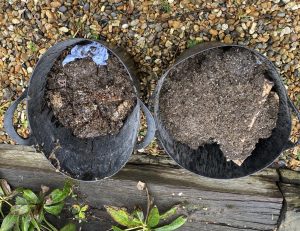