Another Bird Removed from a Chimney – A Pigeon in Saffron Walden

Another Bird Removed from a Chimney – A Pigeon in Saffron Walden 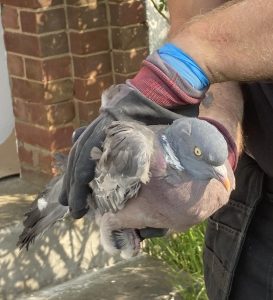 Yes, within a few weeks I have been called to remove a live bird which had fallen down an uncapped redundant chimney. On this occasion the bird was a big pigeon which had dropped down a chimney at a house in Saffron Walden. The poor pigeon was stuck at the bottom of the redundant chimney and could not get out because the fireplace was bricked up. The only chance of escape was a small air vent in the base of the fireplace, which allows the chimney to breath. I removed the vent cover and was quickly able to establish that I would be unable to remove the pigeon via the vent by taking hold of the bird, as once holding the birds folded wings, my hand was then too wide to withdraw through the hole. So what I did was to put both hands through the hole and behind the pigeon. I then ushered the bird forward and into the hole. The pigeon was then able to do the rest as it scrambled out through the vent hole. Whilst he was doing this, I was able to withdraw one of my hands and gently take hold of his folded wings as he emerged from the hole. I then took the lucky pigeon outside and threw him up in the air, he happily and rather quickly flew off into the distance towards Saffron Walden church. This was truly a great escape for the pigeon, he is a very luck bird! 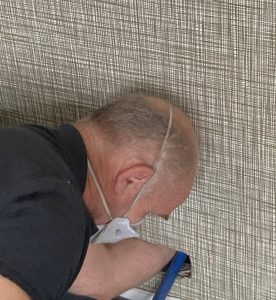 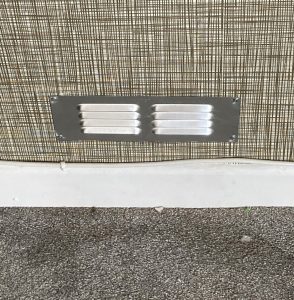