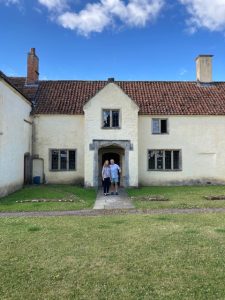 Yes, last week myself and my twin brother Mick were 60 and we celebrated by staying with our families at Gurney Manor in Somerset. I thought I would include this in my weekly blog primarily because of the chimneys at the property. They were all large inglenook type openings and one that was part of the old cook house had an unusual circular configuration, which can be seen in the photographs.

Gurney Manor is a Landmark Trust property – The Landmark Trust is a British building conservation charity, founded in 1965 by Sir John and Lady Smith, that rescues buildings of historic interest or architectural merit and then makes them available for holiday rental. The Trust’s headquarters is at Shottesbrooke in Berkshire.

Gurney Manor is in Cannington, Somerset, and is a 13th-century manor house with an attached chapel wing. It is now supported by the Landmark Trust and is available as holiday accommodation. It has been designated as a Grade I listed building and is considered notable partly due to the substantial survival of medieval construction throughout.

The first building on the site was an open hall house erected before 1350. It was rebuilt around 1400 with various additions during the 15th century. William Dodisham added the south wing, porch, and kitchen and put in new windows. In 1480 he left it to his niece Agnes, who married local landowner Walter Michael. Their family and descendants owned and improved the manor until 1616. It then became a farmhouse often inhabited by tenants until the early 20th century. In these 300 years the property enjoyed few improvements but nonetheless suffered few fundamental alterations. In World War II the house was divided into flats by a Mr Harris, whose descendants sold it to the Landmark Trust in the 1980s. The interior includes the remnants of a 17th-century strapwork plaster ceiling. Restoration work in the late 20th century included the repair of structural problems as well as the construction of new oak roof trusses made in a traditional fashion with an adze. 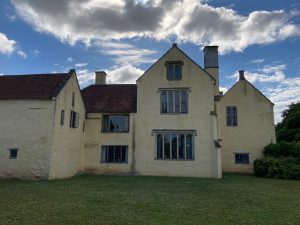 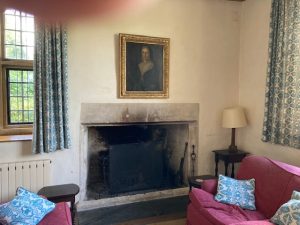 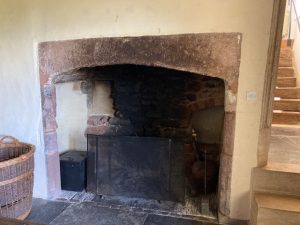 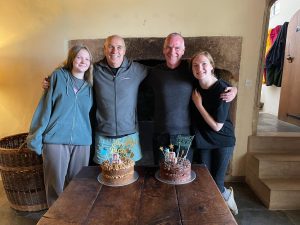