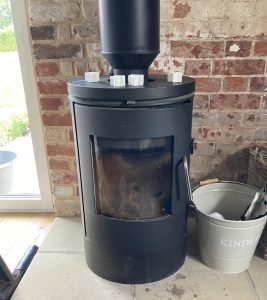 Morso are a Danish stove company who have been making metal consumer goods since 1953. It was Neils Christensen who founded the Morson Foundry making all sorts of products including metal stable windows, tools, pots and pans and even grave crosses. Around the turn of the century Morso began to start making tiled stoves and room heaters for schools, churches, railsways, government ministries and even to the Danish Royal Family. Indeed, so successful where they, that in 1915 they became the official purveyor of stoves to the Danish Royal Family. It was in the 1950 when tiled stoves became obsolete that Morso began producing Wood-burning Stoves.