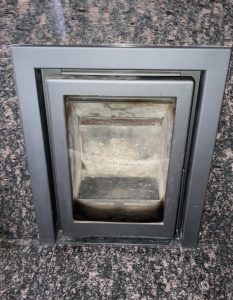 Here is a very tidy cassette stove, a Brabas Bellfire Unilux 640 Cassette Wood-burning Stove that I recently swept at an address in Radwinter. Brabas Bellfire is not a make of stove that I was aware of, so on returning home I immediately Googled the company so I could see what I could find out about them. The stove itself had a system of two separate baffles in order to increase its operational efficiency and was a little tricky to dismantle. I say a little trick, when I really mean quite awkward!!! The customer reported that it does work very well when alight and heats the room, which apparently is a very cold room, more than adequately.

Barbas Bellfire are based in Holland and Belgium, they employ over 160 staff and produce 120 different models of stove. So, they are a large concern on the continent and have been manufacturing stoves since 1976. They manufacture wood-burning stoves as well as gas fires. Some of their wood-burning stove models include the Evolux 100-45 range, and the Box range. The box is what it says on the tin a box stove in various sizes.