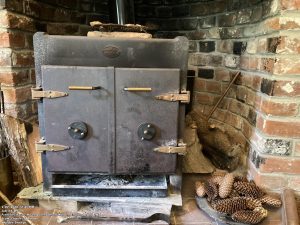 Well, I had not seen one of these before, the Interoven Goodwood Stove – I swept this one recently at a farmhouse just outside Hempstead. The customer told me that her father had installed the stove in the late 1940’s when he had renovated the farmhouse. She said that she believed that the stove was secondhand even then, and that her father had picked it up somewhere at a reasonable price. Worryingly, she told me that she believed that the stove had not been swept since it had been installed. This I believe proved to be the case, the chimney was incredibly dirty and was full of rather dangerous tar deposits. How the family had not burned the farmhouse down, I just don’t know! In the end I removed a couple of large trugs full of tar and soot from what is a relatively short run of chimney!

I have had a look on the internet and it would appear that the Interoven company ceased trading some time ago. There are some interesting historical adverts for the company dating from Victorian and Edwardian times right through to the 1950’s, but nothing after that. These advertisements are worth a look, just to see how quirky they are and for their historical interest! With straplines like “the original not a pirate” and “how to reduce gas and coal bills, a heating miracle”. Check out Graces Guide to British Industrial History – https://www.gracesguide.co.uk/Interoven_Stove_Co 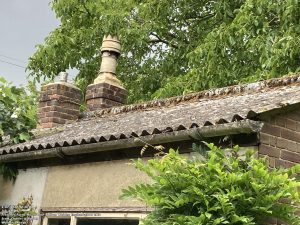 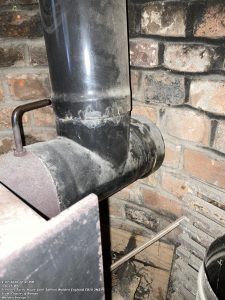 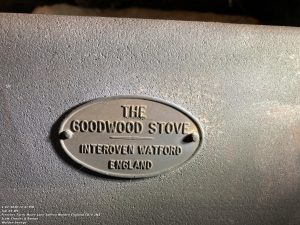